The 11th Cadwallader Debate and Reception.

Politicians, the European Commission, Regulators and Shipping: what is the missing link and the way forward?

SUPPORTING the notion that there is a missing link between politicians and regulators when it comes to the shipping industry is not difficult, particularly in Europe.

Taking a few pot shots at Brussels in forums is widely accepted as an industry sport and concern over the perennial tension between international and regional politics is deeply ingrained within the sector.

But is this simply a convenient scapegoat on which we load our own lethargic attitudes and outmoded models of political engagement, and what if the existing links between politicians and industry are fit for purpose after all?

The annual Cadwallader lectures, set up in memory of the eminent legal mind that was Professor Francis ‘Cad’ Cadwallader, have an established tradition of challenging the status quo and delving behind questions like these with real long-term significance in the international shipping industry.

This year’s debate, held in the Lloyd’s building in London last week, was no exception. “Politicians, the European Commission, regulators and shipping — what is the missing link and the way forward?” offered distinguished figures on both sides of the fence the opportunity to dispel myths and offer real solutions.

As UK Chamber of Shipping president Jan Kopernicki pointed out in his keynote address at the event, “industry and government, private and public, must work together within Europe, to ensure Europe is the premier place to conduct maritime business in the world”.

How that happens in practice is more complicated. The debate recognised that Europe is creating a space for itself on the global stage, seeking a leadership position in many dimensions that affect shipping directly and there is some logic to having a political bloc which compares with the other major regional powers. But the deep concern about the way European Union politics routinely interferes with the necessarily international nature of shipping regulation was repeatedly raised from the industry side of the table.

Our own Michael Grey, who was brought in to eruditely support the Eurosceptics in the room, at one point appealed to the regulators to consider some basic rules before introducing any new initiatives. Questions ranging from “are they necessary?” to “will they stifle initiative and common sense?” may seem obvious, he suggested, but if they were asked more often perhaps we wouldn’t have half the problems that we currently face.

Good regulation does take such questions into consideration, countered the government representatives. While the industry may roll its eyes at being treated once again “like naughty schoolchildren”, there is no getting away from the fact that shipping has consistently taken a reactive approach to policy and could do far more in terms of engaging the political spectrum.

Brussels may not adequately be tapped in to the maritime industry, but the shipping industry is at the moment not optimally tapped into the EU either, and would benefit from re-examining its own approach to engagement in the policy and regulatory process.

We, at the Centre, believe that the numerous current challenges facing shipping require co-ordinated action by all concerned to enable the industry to emerge successfully from the economic crisis.

For this purpose, we believe that any decisions affecting the industry which may be taken by politicians would be well informed by prior consultation with the various sectors of the shipping industry. In this way, politicians – in Brussels and internationally – will have a better understanding of how the industry works and be responsive to its concerns about matters that might substantially affect the industry’s growth.

Equally, the industry would need to facilitate a constructive and continuous dialogue with politicians through one representative body.

In view of the poignancy of these issues at this present time, LSLC offered its 11th ‘Cadwallader’ event as a platform for the debate of these issues to enable and mark the beginning of constructive discussions between politicians, the European Commission and the industry.

The themes for the debate:

(a) Lack of constructive interaction between politicians, regulators, and the shipping industry inhibits a clear understanding of how the industry works and
results in:
+ Creating regulation without sufficient consultation from an early stage,
+ Conflict between national and international legislation, and
+ Inconsistent enforcement of regulation

(b) Focus on the industry’s concerns by politicians and regulators will support:
+ the sustainability of an essential industry,
+ the attraction to the industry of competent and skilled seafarers,
+ ways of forging enhanced co-operation in the future 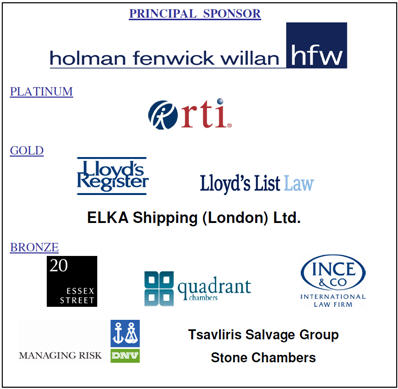