A new GENCON: transforming a standard charter for the modern world 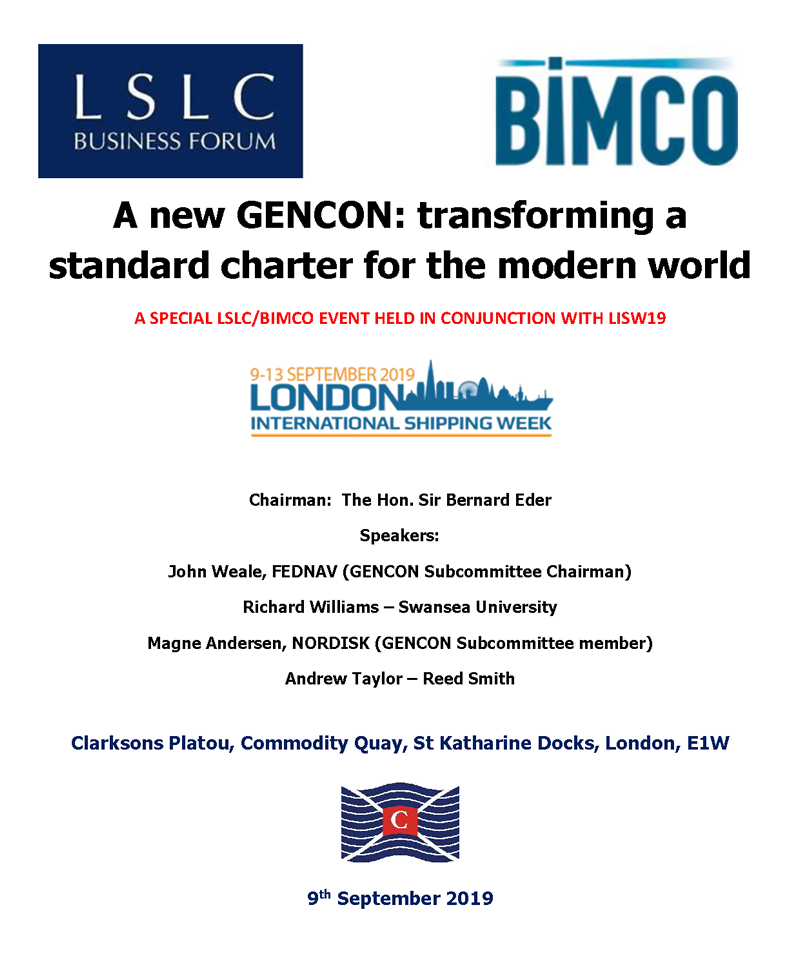 The shipping industry’s most widely used dry cargo voyage charter party, GENCON, is being revised and updated for the first time in 25 years. This seminar explored some of the proposed key changes to GENCON including Clause 2 (Owner’s Responsibility) and Clause 10 (Bills of lading/Waybills); safe ports/berths; and Strike Clause versus Force Majeure Clause.

BIMCO’s objective is to produce a much more clearly worded and comprehensive set of terms and conditions with fewer implied terms. But is GENCON’s popularity firmly rooted in its familiarity, simplicity and brevity? How far can the revision go and still be acceptable to the industry?

The seminar proved to be very popular with over 120 delegates from the various sectors of the shipping industry, a number of whom were in London to attend LISW events.

LSLC’s Chairman, Dr Aleka Sheppard, praised the hard work that the drafting committee had put into the production of the first draft of the new Gencon which was done within a year  and that the leadership of the Chairman of the committee, John Weale,  was to be commended.

She acknowledged that the audience appreciated the transparency and the clarity with which the speakers presented the issues of the controversial clauses, confirming that this attracted very constructive comments which, no doubt, will be very useful to the committee in its further deliberations.

She thanked Sir Bernard for his usual enthusiasm as Chairman of this seminar which stimulated  discussion, met the objectives of the LSLC and the purpose for which it stands.

She looks forward to working with BIMCO on future joint projects. 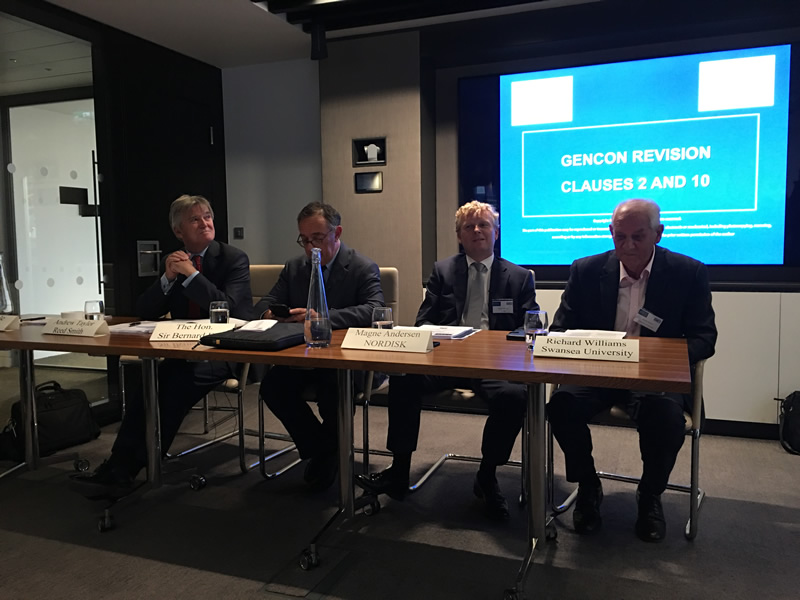 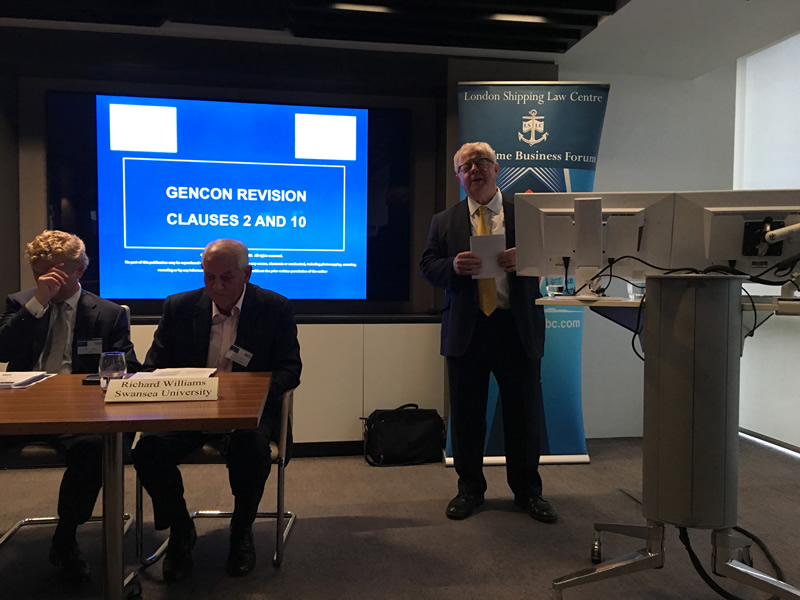 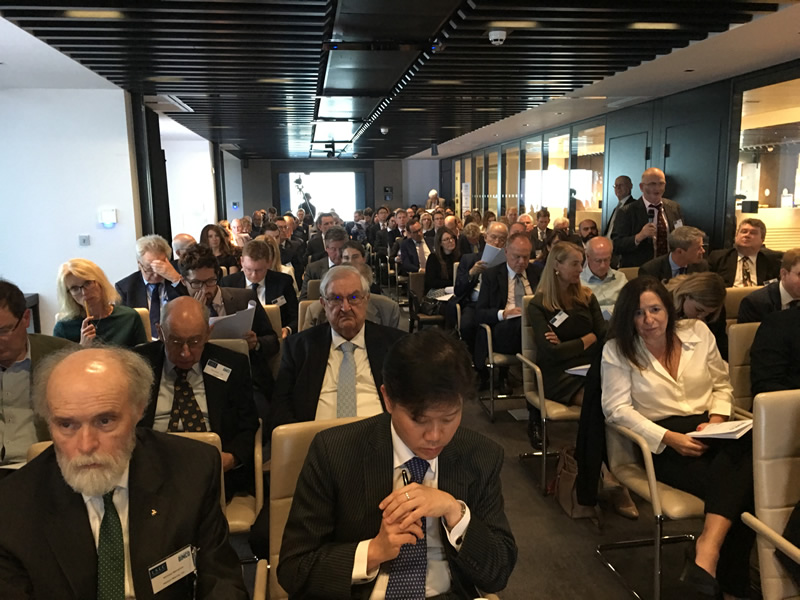